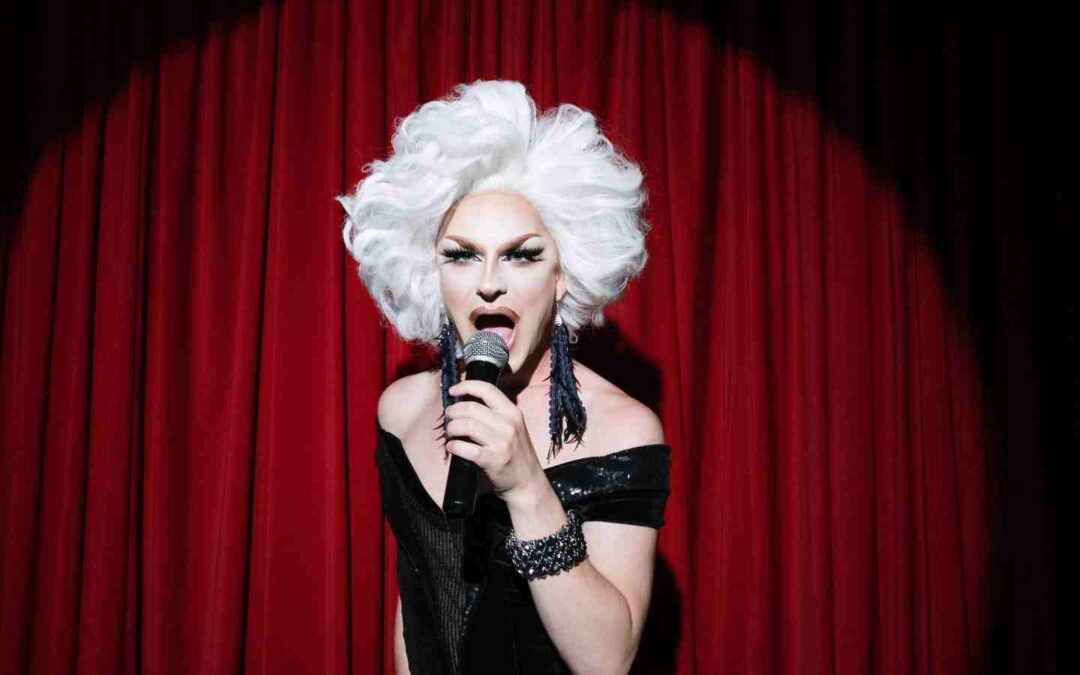 Children’s innocence is under attack like never before in our country. They are constantly being bombarded with sexually explicit material and radical gender ideology, even through so-called “family-friendly” events like an upcoming drag show in South Dakota.

South Dakota State University is advertising a drag show for families in the community on November 16th. The event description reads, “GSA is hosting a professional drag show that will include talented local performers from around the Midwest. Show your support for the drag queens by bringing $1 or $5 bills to tip if you choose! Be prepared for a fun-filled night of dance and drag- you won’t be disappointed! Photo opportunities with the stars will be available after the performance, as well as pride-themed merchandise during the event. This show will be kid-friendly, so bring the whole family for an evening of entertainment!”

Drag queen shows are anything but “kid-friendly.” They often feature provocative cross-dressers and sexualized performances that promote gender ideology, which attempts to dismantle traditional sexual ethics and redefine gender. Drag shows aim to teach children the dangerous idea that gender can be chosen and that it is nothing more than exaggerated stereotypes, rather than an intentional gift from God.

This isn’t the first time South Dakota children have been subjected to a community event meant to indoctrinate them. Earlier this year, the Vermillion Public Library hosted a Drag Queen Storytime for children “to celebrate Vermillion Pride.”

We can no longer afford to be silent. It’s up to parents to protect their children and stop events like this. If parents band together and cause enough backlash, the hosts of these events may be forced to cancel them, as we’ve seen in other states. Contact South Dakota State University and let them know that South Dakota parents will not tolerate inappropriate events targeted toward children. Call SDSU President Barry Dunn at 605-688-4111 or the SD Board of Regents at 605-773-3455.

Further, local leaders need to do their part to protect South Dakota children. Both parents and public officials should do everything in their power to restrict minors’ access to obscene performances. Indecency laws already indicate where free speech ends and where obscene behavior begins, and our leaders need to strictly enforce those boundaries. Under Gov. Ron DeSantis the Florida Department of Business and Professional Regulation filed complaints against places accused of hosting topless drag queens with children in the audience. Our leaders in South Dakota should follow Florida’s lead.

Public leaders should also use social media to notify parents about these inappropriate events so they can not only keep their children away, but use it as an opportunity to teach them about the dangers of drag ideology.

Lastly, local leadership should refuse to actively sponsor activities that impose a sexual agenda on children. Local school boards should not be using taxpayer-funded public schools as platforms for drag shows and story hours. Refusing to endorse lewdness is not the same as restricting free speech. We are simply prioritizing children’s innocence.

UPDATE: Click Here for video footage of the event.

(CONTENT WARNING: This was not a family-friendly event, be advised before watching) 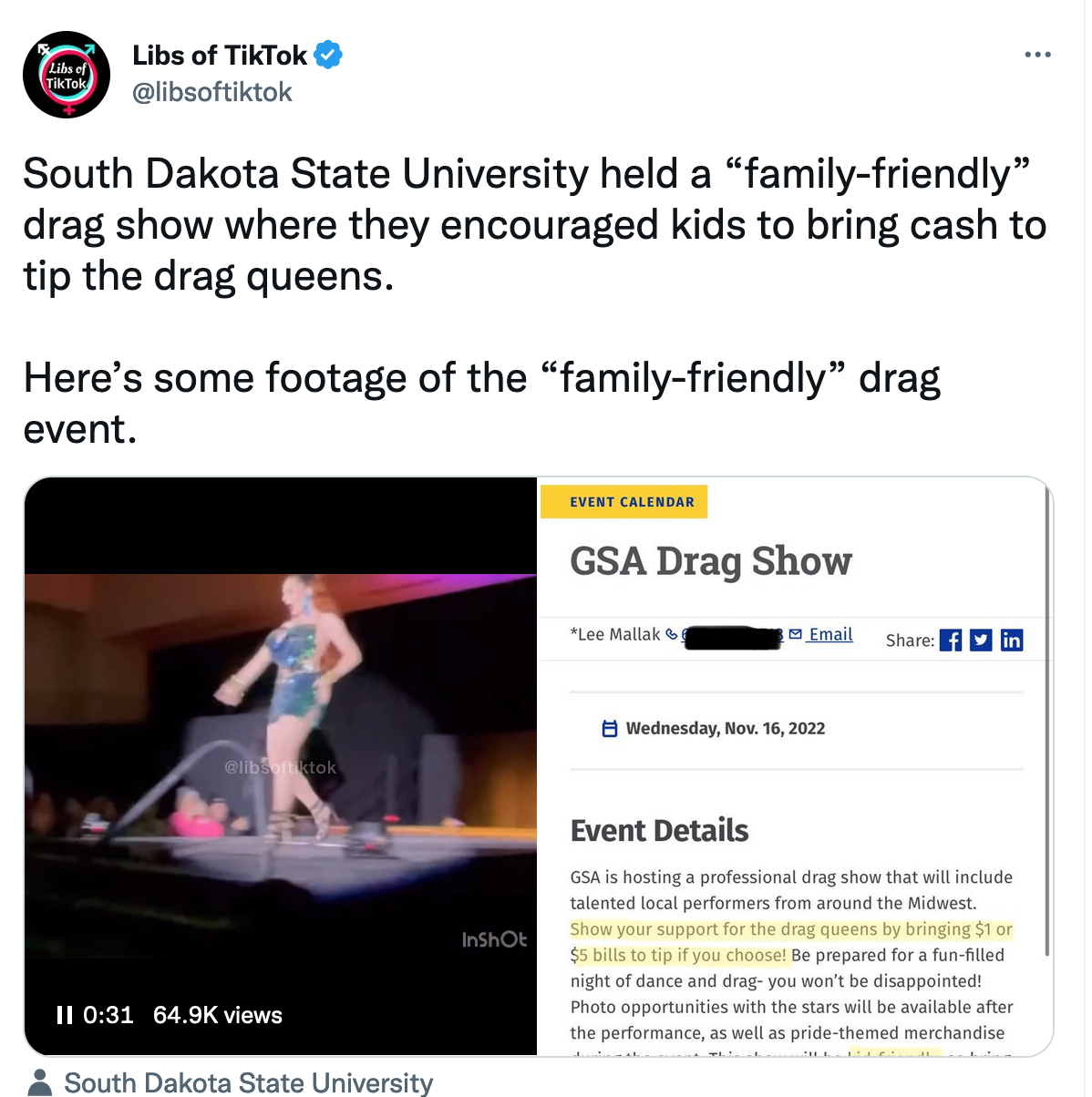