The Supreme Court Has a Chance to Overturn Roe v. Wade 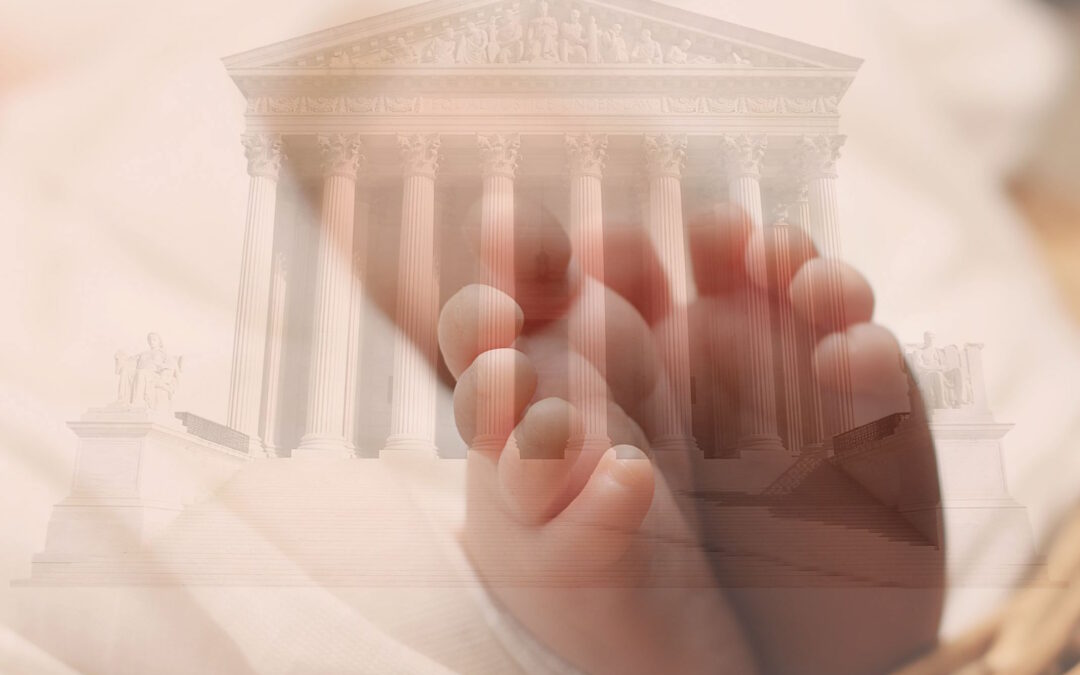 “We’ll probably be sued here in about a half hour, and that’ll be fine with me. It is worth fighting over.” Those were the words of Mississippi Governor Phil Bryant as he signed the Gestational Age Act, a bill that prohibits abortion after 15 weeks. The Governor was right in his prediction, and a lawsuit over the bill quickly followed. The lawsuit, Dobbs v Jackson Women’s Health Organization, is now in the hands of the Supreme Court.

Under current court rulings, a state is not allowed to prohibit abortions prior to “viability” – the age when a baby is likely to survive outside the womb. Viability varies greatly depending on where a baby is born and what technology is available. With our current technology in the United States, babies have survived as young as 22 weeks. Because the Mississippi bill prohibits abortion after 15 weeks, the question before the Supreme Court in Dobbs is essentially, “Can states prohibit abortions before the point of viability?”

South Dakota has taken a different approach than Mississippi, with legislation like House Bill 1217 that focuses on informed consent of the mother. HB1217 seeks to ensure the mother is not being coerced and is fully informed about the abortion procedure, alternatives, available resources, and the fact that an abortion terminates her legal right to a relationship with her child. There is one remaining section of this bill that is still tied up in the courts, which is the requirement that a mother visit a third-party counselor before returning to the abortion facility.

The lives of the vulnerable should be protected – no matter what case you choose to take.

Family Heritage Alliance is proud to join former Vice President Mike Pence’s new organization, Advancing American Freedom on an amicus brief to the Supreme Court, along with Minnesota Family Council, the Center for Political Renewal, The Family Leader, and the Nebraska Family Alliance. Whenever the Supreme Court chooses to take a case, individuals and organizations may submit amicus briefs, which are documents explaining why the Court should rule a certain way. The amicus brief that FHA has joined makes five arguments for why Roe v. Wade (and Planned Parenthood v. Casey, another abortion case) should be overturned:

The brief concludes with this clear statement: “For the reasons set forth above, we urge this Court to overrule Planned Parenthood v. Casey and Roe v. Wade.”

While we wait to see what the Supreme Court decides on the Dobbs case, we will continue to partner with our in-state policy allies as we work to defend innocent human life.