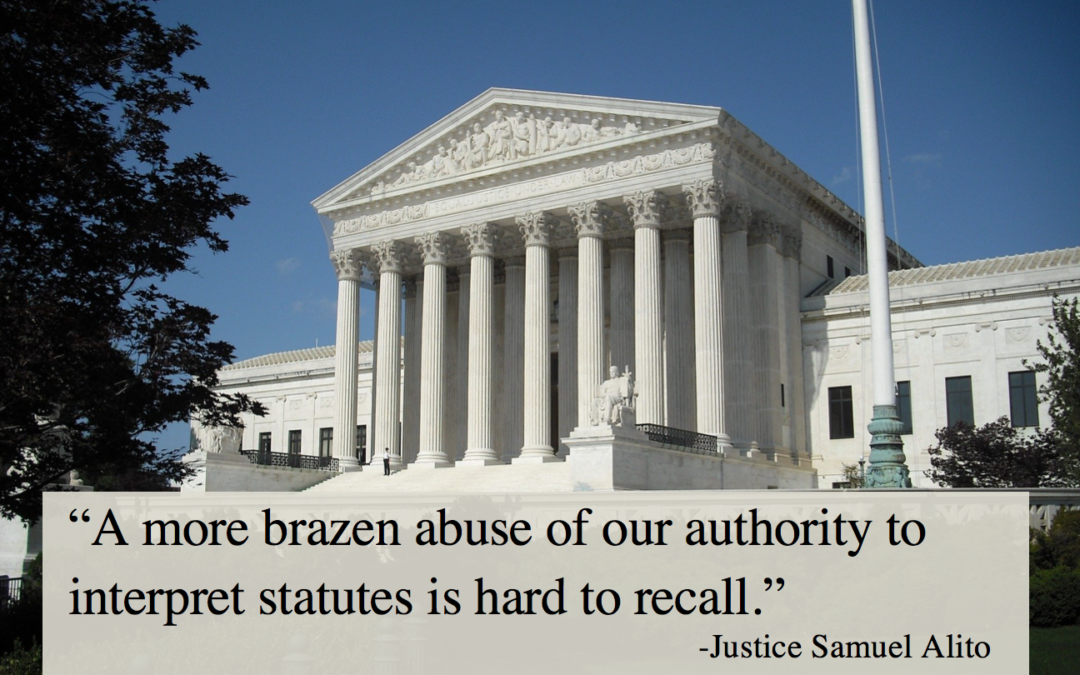 Today, the U.S. Supreme Court issued its decision in three Title VII cases by a vote of 6-3. Title VII prohibits discrimination in employment “on the basis of sex,” and dates back to the Civil Rights Act of 1964.

In today’s ruling the Court has said that an employer who fires an individual “merely for being gay or transgender violates Title VII.” In essence, the Court ruled that the word “sex” in laws from the 1960’s also covers sexual orientation and gender identity.

“There is only one word for what the Court has done today: legislation.”

“A more brazen abuse of our authority to interpret statutes is hard to recall.”

The ruling creates multiple problems, including:

-Placing the religious freedom and conscience rights of employers at risk.

Today’s decision brought criticism from many faith leaders across the nation, including:

Franklin Graham: “I believe this decision erodes religious freedoms across this country. People of sincere faith who stand on God’s Word as their foundation for life should never be forced by the government to compromise their religious beliefs.” (1)

Sarah Kramer: “…the Court has delivered a truly troubling decision: Unelected officials and courts can effectively rewrite laws—forcing Americans to guess what the law means—including something as fundamental as the meaning of ‘sex.'” (2)

Tony Perkins: “The U.S. Supreme Court issued a ruling today that makes the nation’s high court look more like a uber-legislative body than a judicial one.” … “In redefining the term that describes biological sex, the Supreme Court took the question of protected categories out of the hands of the American people and once again created judicial legislation.” (3)

& Jim Daly: “I’m extremely disappointed to learn that the U.S. Supreme Court today took it upon itself to brazenly rewrite a federal employment statute to add sexual orientation and gender identity to a list of protected classes contained in the 1964 Civil Rights Act.” (4) 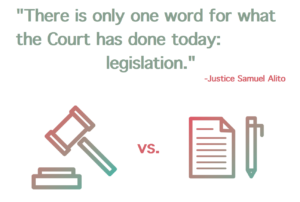