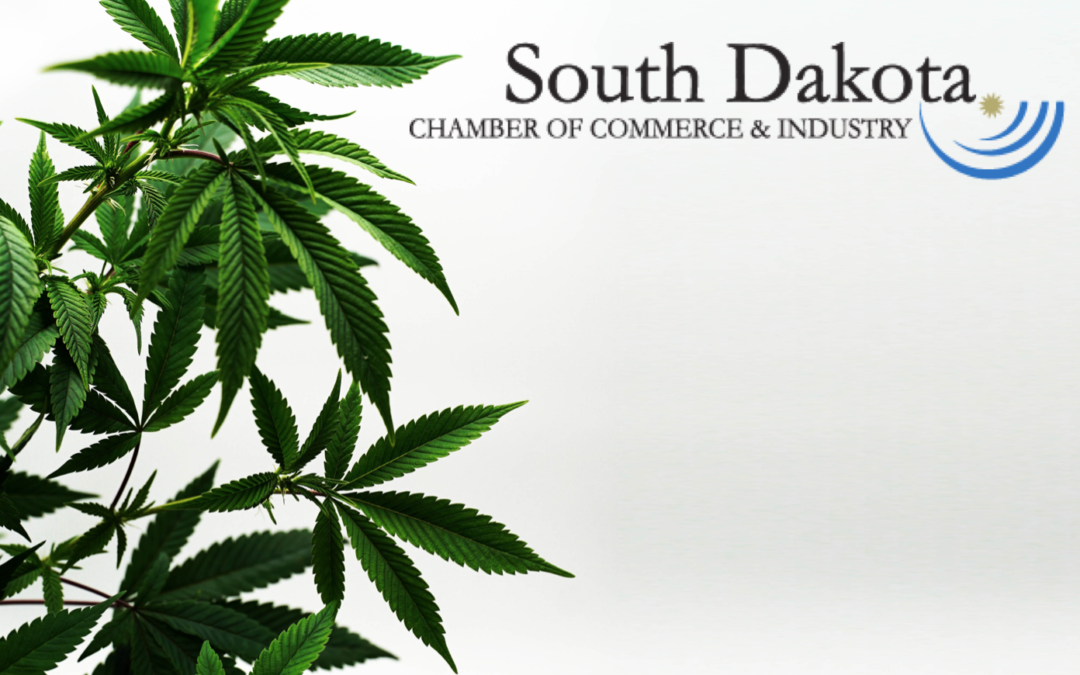 The South Dakota Chamber of Commerce and Industry continues its long opposition to recreational marijuana out of concern for the impact it will have on the workforce and the increased risks to young people in South Dakota.

The Chamber’s most significant concern about legalizing recreational marijuana is that more of our workforce will not be able to pass drug tests and the potential increase in numbers of those trying to working while still under the influence.

This fear is reinforced by the National Institute on Drug Abuse that found that marijuana use in the workplace had:

“There is no test to show that someone is under the influence of marijuana,” stated David Owen, President of the South Dakota Chamber of Commerce and Industry. He continued, “This is not like taking a breathalyzer test for an alcohol level in the blood stream, testing for THC only shows someone has used marijuana but doesn’t show the person is impaired by that use.”

Beyond the workforce issue, the Chamber believes there is peril for young people in legalized marijuana that will manifest itself in the following ways:

Increased usage by the adult population will lead to increased exposure to young people and which has been linked to accidental poisoning of kids. Marijuana in an intoxicant that hurts children.
Fatal Accidents will increase. People drive while high; they have accidents and kill people. Both Colorado and Washington states saw an increase in marijuana related highway fatalities after legalizing recreational marijuana.
This year’s fight against IM-27 has the advantage of being on the ballot without the confusion over medical marijuana. IM-27 proposed recreational marijuana only. Medical marijuana has been implemented in South Dakota and the South Dakota Chamber of Commerce believes that legalizing medical has meet the needs for people who have health issues and South Dakota has no need to make marijuana available to everyone older than twenty-one.

The threat to children is clear. “Children get their hands on beer and cigarettes and it will be impossible to prevent South Dakota kids from getting ahold of recreational marijuana,” concluded Owen. “We need to protect South Dakota Kids by voting NO on IM-27.”

The South Dakota Chamber of Commerce and Industry encourages voters that wish to help the campaign against IM-27 to contact the campaign directly. The ballot question committee is Protecting South Dakota Kids. Here is the contact information for that campaign: