Once Again, Adults Put Their Desires Over the Needs of Children 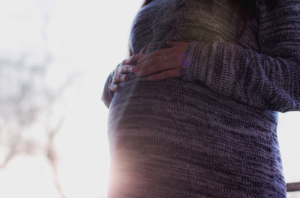 Surrogacy is a growing trend throughout the world, and children are suffering as a result. The surrogacy industry in Ukraine, for example, is thriving, and surrogate babies are now stuck in bomb shelters, as it’s too dangerous for them to be picked up.

In the U.S., surrogacy remains unregulated and continues to grow in popularity. In 2015, 2,807 children in the U.S. were born by a surrogate, and this rate has only increased.

Public figures have drawn attention to the practice as they announce their decisions to use surrogacy in order to have children. Most recently, political commentator Dave Rubin and his partner announced on social media that they would welcome two surrogate children later this year. Unfortunately, even organizations like PragerU have congratulated the couple for engaging in this harmful practice. 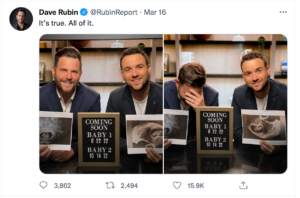 In a surrogate pregnancy, an embryo is formed in a lab and inserted into the uterus of the surrogate mother who carries the baby and then transfers the child to another family after they are born. In a surrogacy arrangement, the mother is split into three different people and the child is intentionally separated from one or more of their mothers.

During the process of forming surrogate children, embryos are frozen, exposed to unnatural stimuli, and often even aborted. “We are doing radical, experimental procedures on children, and it’s all because adults want something,” said Director of Them Before Us Katy Faust during a presentation to South Dakota legislators.

Children have a natural right to their mother and father. To break the bond that a child already has with their biological mother inflicts trauma.

Most of these children end up suffering from an identity crisis as they wonder who their real parents are. A child’s connection to his or her biological parents gives them something that they crave, which is their biological identity. “Only the two adults who are responsible for their existence show them who they are on a core, genetic, and biological level,” said Faust.

Further, surrogacy enables same-sex couples to raise children. Without a present father or mother, children are left with major deficiencies and wounds that impact all other aspects of their life.

There are severe consequences associated with infringing upon children’s rights and tampering with the natural order established by God. Nearly every issue that our society faces today, including homelessness, suicide, teen pregnancy, poverty, obesity and many others are a result of children being denied their right to their mother or father.

Proponents of surrogacy will argue that it is no different than adoption. However, this is false for a number of reasons. Firstly, adoption aims to heal a family wound while third-party reproduction inflicts a family wound. Like surrogate children, adoptive children also suffer from being separated from their biological parents, but this separation is born of necessity. The separation created during surrogacy is simply the result of adults placing their needs above a child’s.

Further, in the case of adoption, the child is the client. Parents who are seeking to adopt must pass screenings, interviews, and background checks. In contrast, adults are the clients during the surrogacy process and the children are forced to sacrifice for them.

Lastly, children are not commodities to be bought and sold, yet this is what they are reduced to through commercial surrogacy.

When we are forced to choose between the rights of children and the desires of adults, the children must come first. Adults are not entitled to someone else’s children, but children are entitled to their parents.

To learn more about the harms of commercial surrogacy, check out our recent presentation on The Risks & Harms of Commercial Surrogacy: